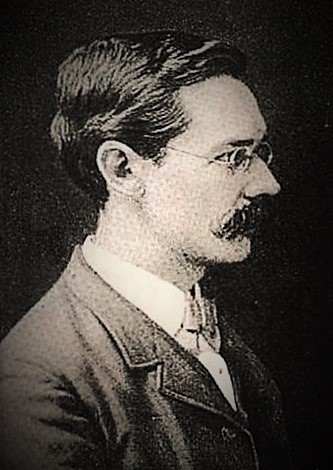 Born in New Haven in 1859, Walker graduated from Williams College in 1880 and went to work at Harper’s Weekly, an influential political magazine whose editors subtitled it A Journal of Civilization. After the Civil War, Harper’s became widely known for publishing cartoons of Tammany Hall boss William Tweed by Thomas Nast.

Although it is hard to believe, by the 1880s the U.S. had a self-reported literacy rate of 90%. Therefore it makes sense that the country experienced a magazine boom during this decade. Among the many periodicals that came into being, The Cosmopolitan started publishing in 1886 as a “family magazine.”

Edward Walker joined the staff soon after, working as a writer and editor. The magazine survived bankruptcy and reinvented itself twice before the dynamo entrepreneur and inventor John Brisben Walker became editor in 1889. (The two men were not related.)

The arrival of John Brisben Walker may have caused some stress for Edward, who had served as editor in 1888 and clearly was passed over.

You have to hand it to Brisben Walker. He increased The Cosmopolitan’s circulation to 400,000 from 16,000 between 1890 and 1905, when he sold the magazine to William Randolph Hearst for $1 million.

To build circulation, the magazine sought more attention-grabbing stories. That left less room for the type of stories that Edward wrote; for example, a feature about the New England Conservatory of Music which The Cosmopolitan published posthumously.

Several days before he drowned, Edward Walker sent an inquiry to Jefferson Davis.

Cosmopolitan planned a series of articles “to form a complete history of the contest about slavery which preceded the war,” Edward wrote to the former president of the Confederacy. He offered $150 for Davis’s “pro-slavery side of the struggle.”

Along with the letter to Davis, Edward wrote rapturously about the Roanoke River to several friends while traveling in North Carolina during the last month of his life. 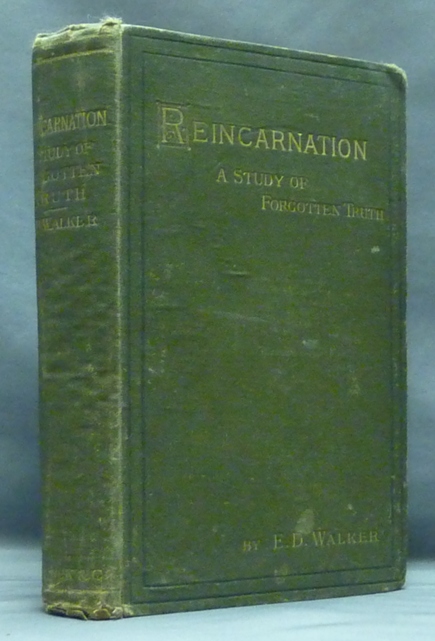 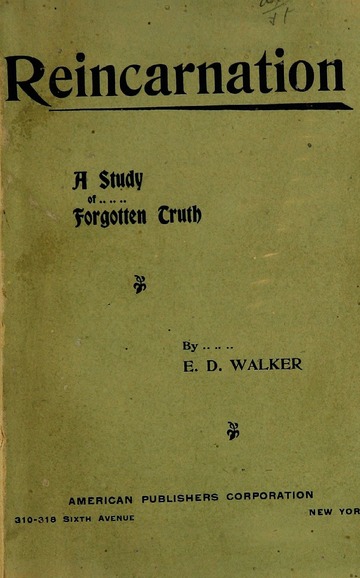 And as a Theosophist, Edward probably spent a lot of time reflecting on life and death. Theosophy (derived from “wisdom-religion”) is a kind of spiritualism. Its believers reach for divinity by learning the hidden truths that lie in the past and in the world of nature. Theosophy became very popular during the Victorian Era, and Brooklyn had a large, active community of Theosophists.

In 1888, Edward had published Reincarnation, a study of forgotten truth, a 325-page study with an exhaustive bibliography. The book started as a lecture to a group of Theosophists.

“Reincarnation illuminates the darkest passages in the murky road of life,” Edward wrote. He argued that materialism is the cause of all the evils in modern society: “Reincarnation combats that foe by a subtle and deadly warfare.”

He may, in fact, have tipped out of the canoe and become entangled in the fishing line. After two men found his body floating in the Roanoke River, a coroner examined it right there on the shore and ruled the death accidental.

But a few people who saw him after he arrived at Weldon, N.C., told a reporter that Mr. Walker “acted rather strangely and as if partly insane.”

A 30-year old magazine writer and editor, Edward Dwight Walker had left Brooklyn, where he lived with his mother, and headed South in March 189o. His colleagues at The Cosmopolitan said that he sought rest from a grueling schedule. He also may have been collecting material for a story about fishing.

If so, he came to the right place. The town of Weldon is known as the “Rockfish Capital of the World” during early spring when striped bass swarm the Roanoke River to spawn. As the stripers run the river, anglers flock to the beautiful mid-Atlantic wilderness and its blue waters.

In those days, the opening of the season didn’t cause traffic jams on I-95. Besides, Mr. Walker would have arrived by train, possibly with fishing paraphernalia. He stopped overnight at the Coast Line Hotel. The next morning, he brushed off the offer of a guide and walked away with his stuff.

He set off on the river in a log canoe. 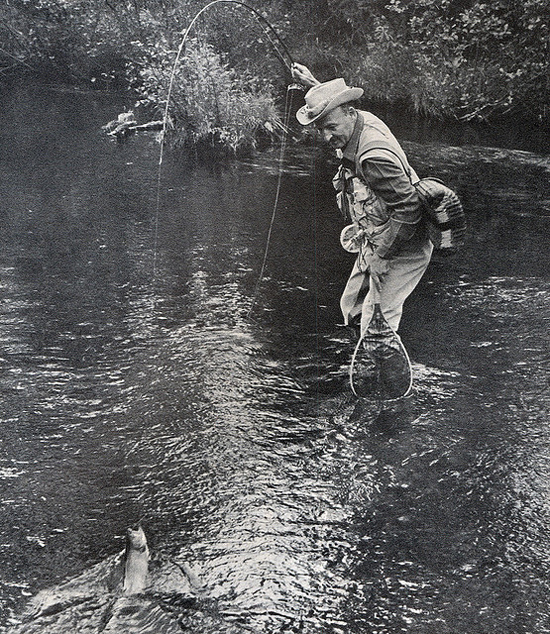 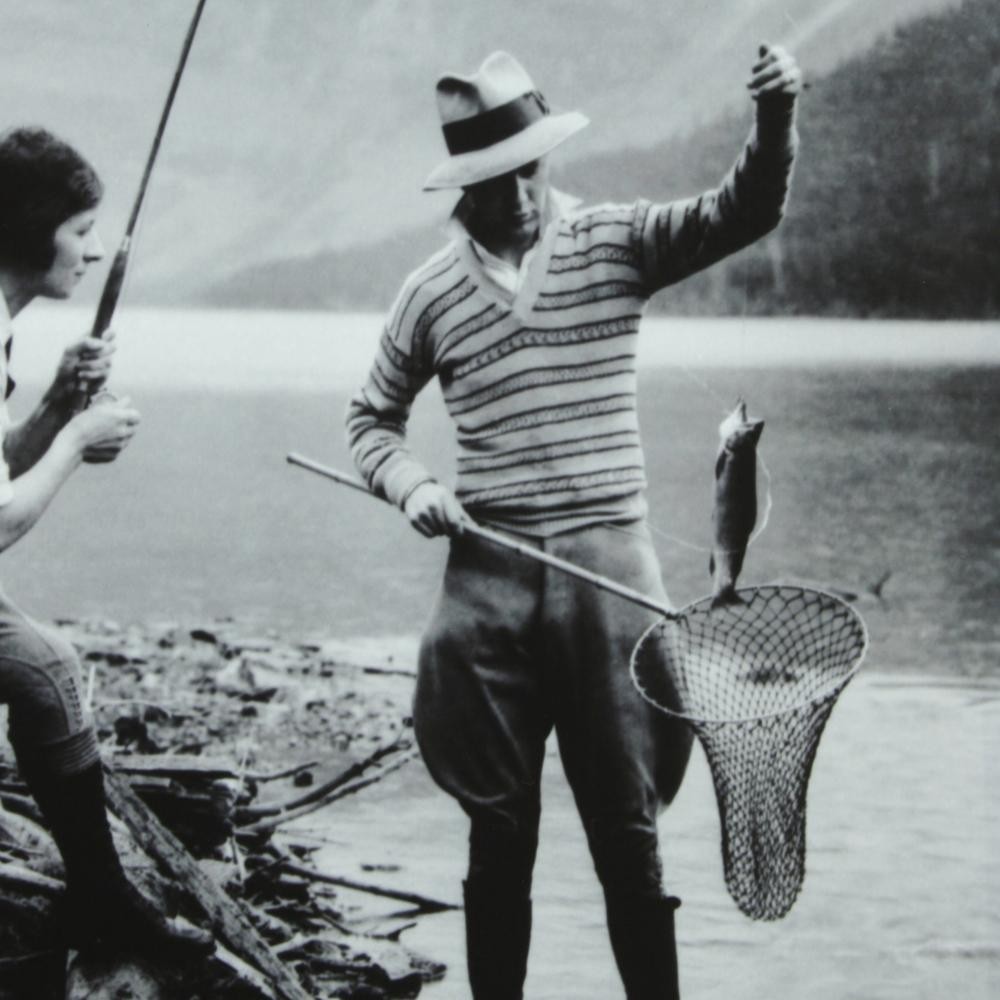 In Mrs. Walker’s crowded parlor, the Reverend John Malcolm of the Park Congregational Church conducted a brief service and led an Episcopal prayer. Then everyone went to Green-Wood Cemetery, which is famous as the resting place of Samuel Morse, Horace Greeley, the aforementioned Boss Tweed, and many others.

There, a friend read a sentimental poem.

Lone youth: to lay thy weary thought upon the river’s tide,
Thou camest in a southern clime
A stranger to its side;
The pine tree put its finger forth
And beckoned to thee there. . .
What last imploring words went out
When the rude billow broke, –
Though wilt not tell, save to the
Sea, O heartless Roanoke,
O cruel Roanoke.

This is one of those impossibly opaque stories. 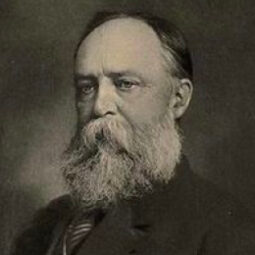