After studying art for two years he started an art studio with his childhood friend Roland Pignault. They studied and worked independently for three more years before signing their first Franco-Belgian comic: Arcanes (Delcourt, 1998). This album reflects Fred’s love of action comics, adventure and comics-inspired graphics.

He then went on to publish two volumes of a parody western with Will Lupano called Little Big Joe (Delcourt, 2000-2002).

It is with his brother Bruno and another childhood friend, Olivier Paille, that he brought an old project to life: the science-fantasy trilogy SHRÖG (Vents d’Ouest, 2005-2007), followed by Kookaburra Universe tome II (Soleil, 2009).

In 2014, with Mathieu Blanchot, he began researching and working on his Alexandra David-Néel four-part biopic project. Grand Angle published the first volume in 2016, with a volume every subsequent year.

Fred is now working on his next project, volume I of a French triple Olympic champion biopic, due to be published in the first quarter of 2022 by Delcourt.

Along with creating graphic novels, Fred Campoy teaches drawing and illustration at the Arts and Design college of Pau (ESAD Pyrénées).

Fred also works as a screenwriter. 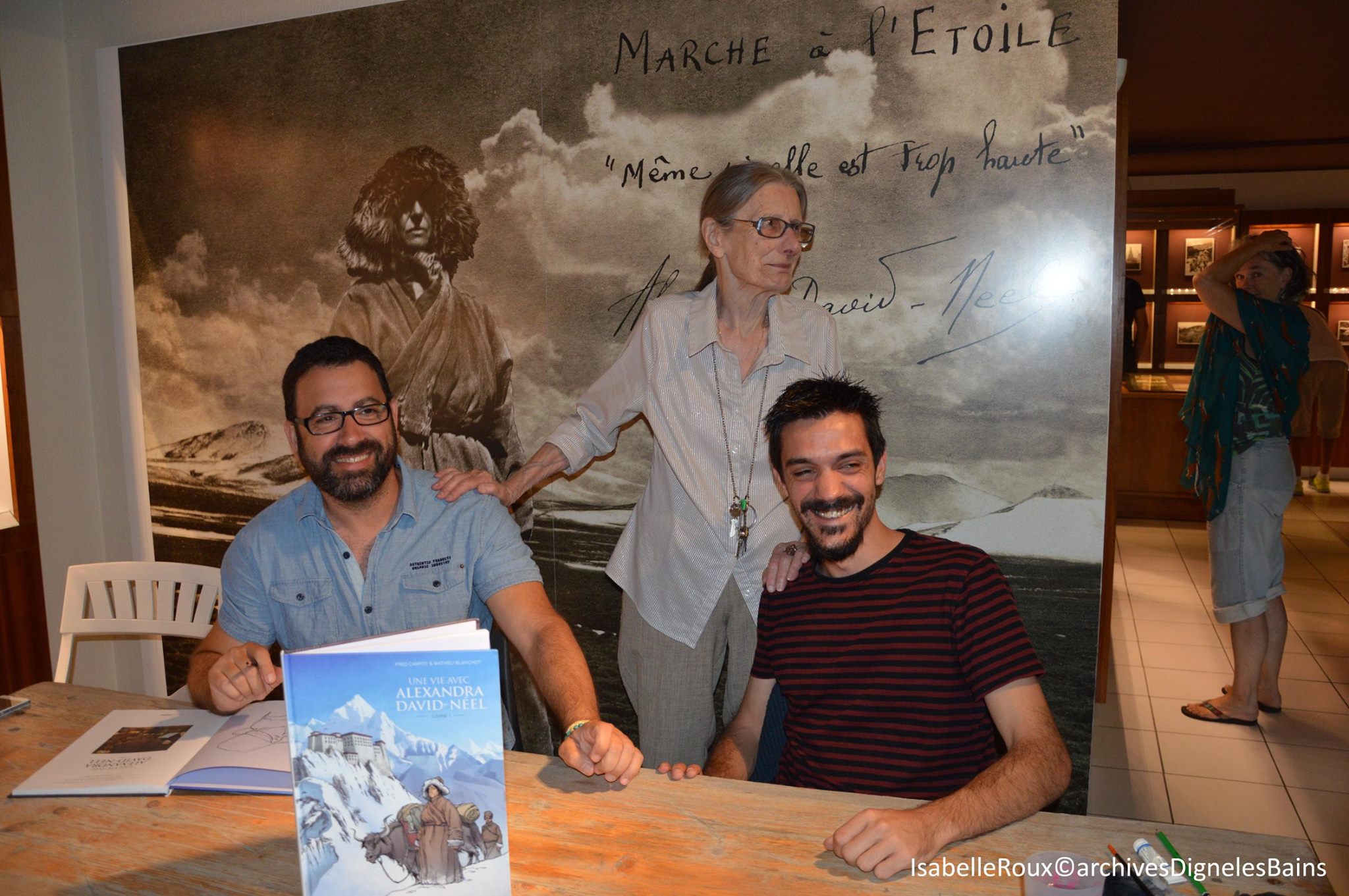